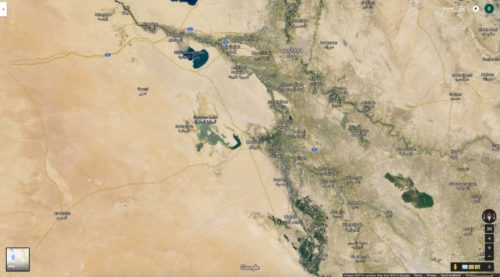 This piece is based on the story of the Tower of Babel, from Genesis 11:1–9, in which the confusion of tongues frustrated the construction of this spectacularly high edifice, scattering its people over the world. I aimed to decode this text (and the passages leading up to it, describing Noah’s settling and ancestry) through different internet-­based, real time translation programs in order to investigate the seemingly open and direct worldwide information exchange of modern communication. I also wanted to juxtapose the ongoing conflict among various interpretations of Bible texts with the cultural ignorance which has long plagued religious movements (as in the Middle East, home to Babel and most of the Old Testament).

Although I am a native born Austrian, I wrote this piece from an English-speaking perspective, the “native language” for our western internet realm. I used the New International Translation, commonly used in the US, and recorded a speech translation into each language, and then tried to re-translate it in real time with this software back to English. Each of the audio files is a recording of this process, using languages which relate to the place (Arabic), the historical translations of the story (Greek, Latin, and Hebrew), my own mother tongue (German), and the world’s most common languages (Chinese, Spanish and Hindi). This decision was also based on the narrow possibilities free translation programs provide and is in no way meant to support established power dynamics, but rather to point to the limited accessibility of global understanding and the dangers of cultural appropriation.

There are two ways to listen to this piece:

A.) In private, on a computer.
Clickplay on the language you feel most unfamiliar with, start another track as soon as you understand a word and so on. (Don’t stop the different tracks or play them separately, they are supposed to overlay each other.)

B.) As a public performance for 8 people with smartphones.
At a public space or christian church, do not announce the piece at the moment before the performance.

” Now the whole world had one language and a common speech. As people moved eastward, they found a plain in Shinar and settled there.

They said to each other, “Come, let’s make bricks and bake them thoroughly.” They used brick instead of stone, and tar for mortar. Then they said, “Come, let us build ourselves a city, with a tower that reaches to the heavens, so that we may make a name for ourselves; otherwise we will be scattered over the face of the whole earth.”

But the Lord came down to see the city and the tower the people were building. The Lord said, “If as one people speaking the same language they have begun to do this, then nothing they plan to do will be impossible for them. Come, let us go down and confuse their language so they will not understand each other.”