In this sound installation, I was working with a new framework. While I had framed my previous, larger-scale work through architecture, social environment, institutions and the acoustics of specific art spaces, complicating the aesthetic outcome with the help of interactive feedback elements, I treated myself as the frame for this piece. This shift was the result of three accidents/injuries that occurred during my final summer at Bard. These traumatic incidents made it very clear to me that I must root my work in myself (and myself in my work) in order to further pursue a career in the arts, developing modes of interactivity and site-specificity which are both non-didactic and critical.

The following is a description of the three incidents and ways in which they define different layers in this work:

1. A bicycle accident, in which I almost lost consciousness and some teeth.  Ultimately, it left me with a scar at the place where once a “Hitler’s mustache” could have grown, and an awareness of how I change in moments of cerebral excitement within the safe surroundings of a community

In “When I walked into the room,” the angles of the four strings are based on the scratches this accident left on my eyeglasses, oriented south-wards (my way of orienting in Europe, as opposed to my north-bound orientation in the US).

2. An eye infection, which, for a day, threatened to destroy the cornea of my left eye (but luckily didn’t). This occurred at a time when I had been advised to take a closer look at materials, and was struggling with the development of my own visual aesthetics and my fear of “fascist notions” of beauty (especially in conjunction with institutions and money).
In the installation, this manifested itself through the invisibility and three-dimensionality of sound and its tilted position with respect to the room (e.g. speaker positions, electromagnetic sonifications, and two sine tones destabilizing the feedback waves). The tangled string is also part of this layer: it is at once object/sculpture, an improvised creation, and a trap-like magnet, which could unexpectedly attach to visitors.

3. A flood in my studio. Once again, nothing too terrible happened. Still recovering from the other incidents, I didn’t take this event too seriously (although I found and preserved some of my fellow Bard alumnus Geoff Mullen’s flood-proof gravel from a previous year’s thesis exhibition, and mounted and built everything so it could continue to operate through moderate flooding).
This layer became more about the personal drama of my heritage, possibilities for making a life and orienting myself in the US and in Europe, and taking positions which could relate the piece (and myself) to a wider reality, beyond the scope of this specific exhibition.
Elements in this layer (intermingled with the others) include the magnetic string and its connection points, optional 50 and 60 Hz hums on the iPods, an envelope follower, and an all-pass filter. 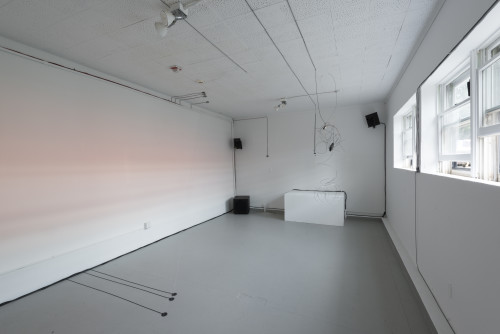 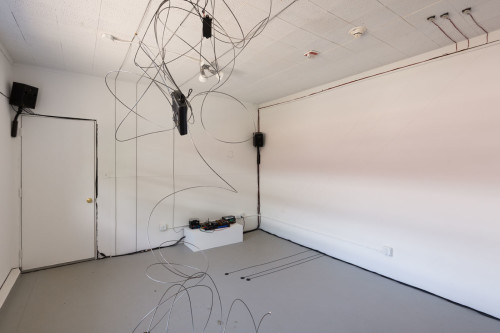 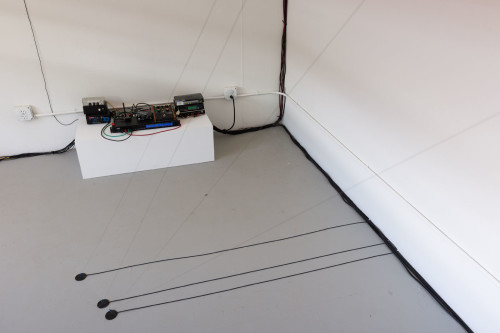 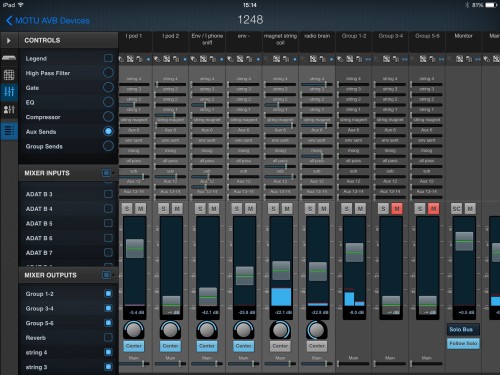 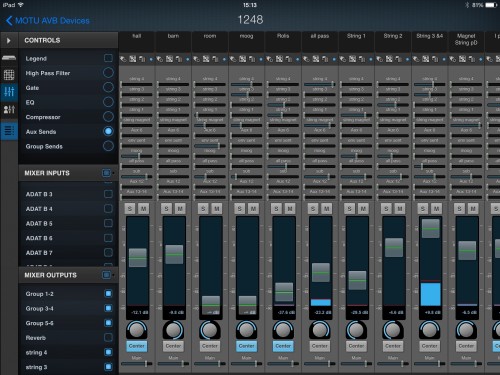 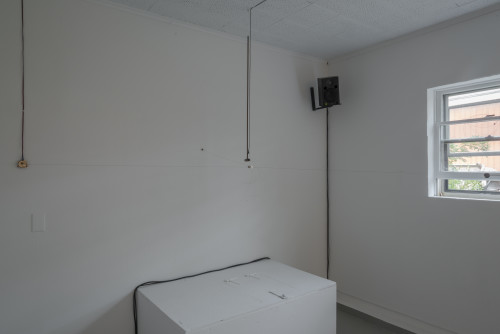